…a bit about the reserve 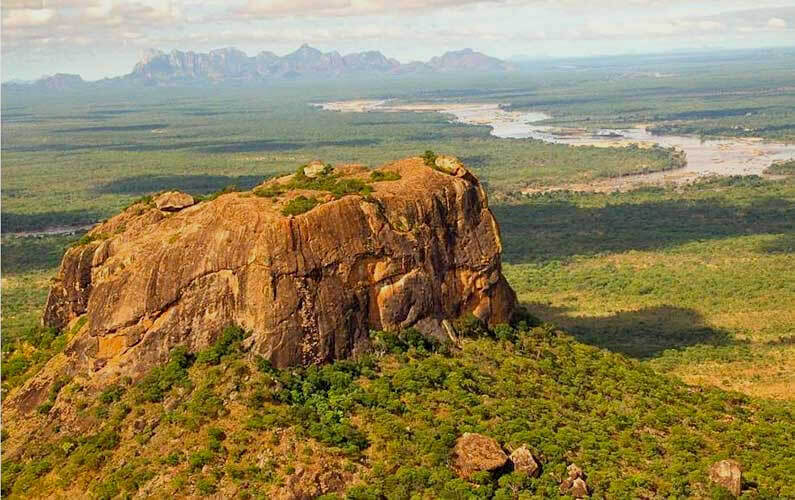 Niassa National Reserve (NNR) is located in northern Mozambique, with its northern boundary the Ruvuma River bordering Tanzania. NNR is recognized as the most important protected area in Mozambique, a critical protected area left in Africa, and one of the last great wilderness areas on earth. It covers more than 16,000 mi2 (42,000km2) and is larger than Switzerland. It is of profound importance for the global conservation of African wildlife, especially for the African lion, wild dog and elephant.

The Reserve is currently co-managed by ANAC (Department of National Conservation Areas) and the Wildlife Conservation Society (WCS). To assist in management, NNR is divided into 17 management concessions, with nine concessions designated for sport hunting and four currently leased for ecotourism / conservation philanthropy. Biodiversity surveys have revealed a species-rich and largely intact ecosystem of miombo woodlands, rivers, inselbergs (granite “island” mountains), wetlands, and plains. Before 2010 there were more than 14 000 elephants and 13 000 Sable antelope protected here. However more than 10 000 elephants have been lost to ivory poaching in the past eight years. NNR also supports rare birds like the Taita falcon, African skimmer, Dickinson’s kestrel and Angola pitta as well as an indigenous reptile, the Mecula Girdled Lizard. Rhino are locally extinct in NNR and cheetah, caracal and roan antelope have not been recorded here.

NNR also supports a growing human population, currently more than 60 000 people spread across more than 42 villages. Necessarily, the future of NNR is as much about its people as it is about the wildlife. Herein lies the conservation challenge. Generations have raised their children here with living mainly a subsistence lifestyle although trade in wildlife products is increasing. NNR residents have little opportunity in their daily lives to see and experience the wilderness surrounding them. Wildlife is either food, a threat or a potential for substantial income through illegal wildlife trade. With limited educational services available to them, and few ways to acquire marketable skills for outside employment, most families rely primarily on consumptive use of the available natural resources, particularly by mining, fishing, gathering and selling honey, selling tobacco, trading in large cat and zebra skins, selling ivory and eating and selling bushmeat or wild meat.

Despite its size and importance, NNR is little known internationally and does not receive the same world-wide public support of other better-known protected areas of similar critical importance. Increases in elephant poaching, timber logging, habitat transformation, population growth and bush meat snaring are some of the pressures on the Reserve and its species.