…Our mission to conserve and protect 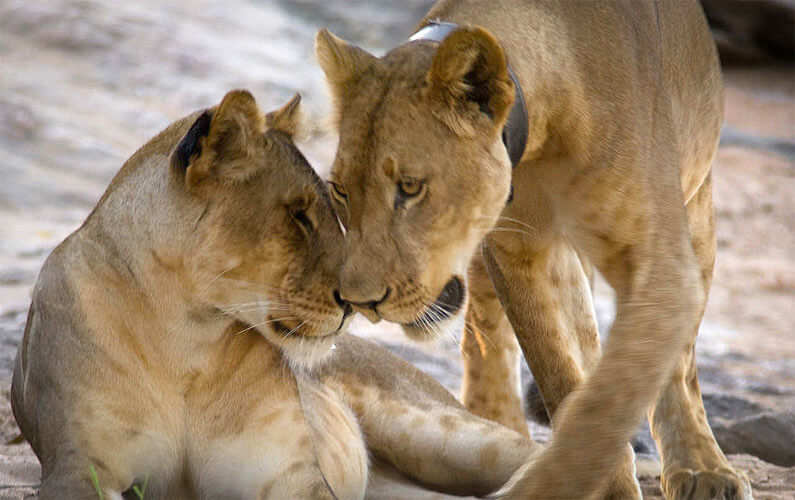 Our vision is a unique protected area where lions and other carnivores can thrive with the full participation and support of the people who live alongside them in the Niassa National Reserve (NNR) in Mozambique.

Our mission is to conserve lions and other large carnivores (leopards, spotted hyenas, and African wild dogs) in the vast NNR (16,000 ml2; 42,000 km2) in Mozambique. We work in collaboration with the Mozambican government, the Reserve Management Authority and local communities. NNR is vital for global wildlife conservation efforts, particularly for lions and African wild dogs. Lions, in particular, are in crisis throughout Africa.

There are fewer than 24 000 wild lions left in the world today and the need for locally-derived, grassroots solutions has never been more critical. Only five or six conservation areas in Africa support more than 1000 lions each today. These are the recognized strongholds for lion populations and NNR is one of them. NNR currently supports between 800 – 1000 lions but this population is declining. We survey the lions in NNR every 3 years. NNR is also home to more than 350 African wild dogs, which combined with the Selous Game Reserve population connected by the Selous-Niassa Wildlife Corridor is the second largest wild dog population remaining in the world today. There are only an estimated 6 500 African wild dogs remaining in Africa today. NNR also provides a stronghold for spotted hyaena and leopard. For these species to persist they need room to roam and wild prey. Human population growth and habitat conversion are the biggest overarching threats to these populations and the integrity of NNR as a whole.