…snaring is the biggest single threat 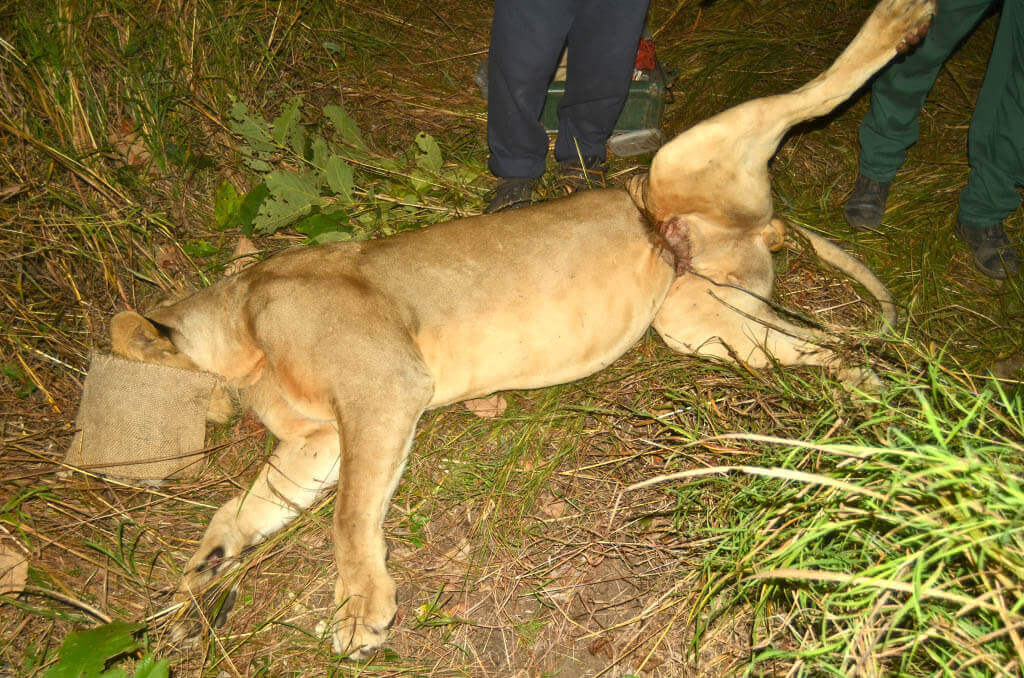 Bushmeat snaring and illegal hunting are the biggest single threats to lions, leopards, hyaenas and African wild dogs in Niassa National Reserve (NNR) as it kills their prey and can lead to an empty woodland. Snares and traps are set by local hunters to catch animals as wild meat and the meat is then eaten, traded or sold. Large quantities of bushmeat are being sold outside NNR in commercial trade. These snares also inadvertently kill large carnivores even though they are not the target. Since NNR has more than 40 villages inside the protected area, this illegal trade is not sustainable.

There are no cattle inside Niassa Reserve due to tsetse fly and people are not pastoralists, they are primarily subsistence farmers. Domestic meat protein (goat, chicken, duck) is scarce and expensive and bushmeat is more readily available and cheaper and sometimes preferred. A survey of 34 villages inside the protected area showed that households generally eat bushmeat at least once a week with many eating bushmeat 2 – 3 times a week.

What can be done? Bushmeat snaring is about food and money. We cannot ignore the place that bushmeat now occupies in the local economy and in people’s diets. Anti-poaching efforts to reduce illegal snaring (a “guns and boots” approach), while essential as a deterrent, are unlikely to significantly reduce snaring on their own in a place as vast as NNR and treat the symptom not the cause of the problem. There are large, remote areas that need to be patrolled, and there are not enough scouts or funds to hire them do it.

Our strategy is to provide equal amount of time, effort and funding for anti-poaching and alternative livelihood programs for communities. We believe strongly that reducing illegal activities in NNR can only be achieved through a holistic approach that includes effective, well-disciplined anti-poaching in equal partnership with effective, long term community development that increases income and food security with a linked education program.

We are working hard to find ways to reduce bushmeat snaring and have developed the following alternative livelihoods programs in addition to our anti-poaching program: