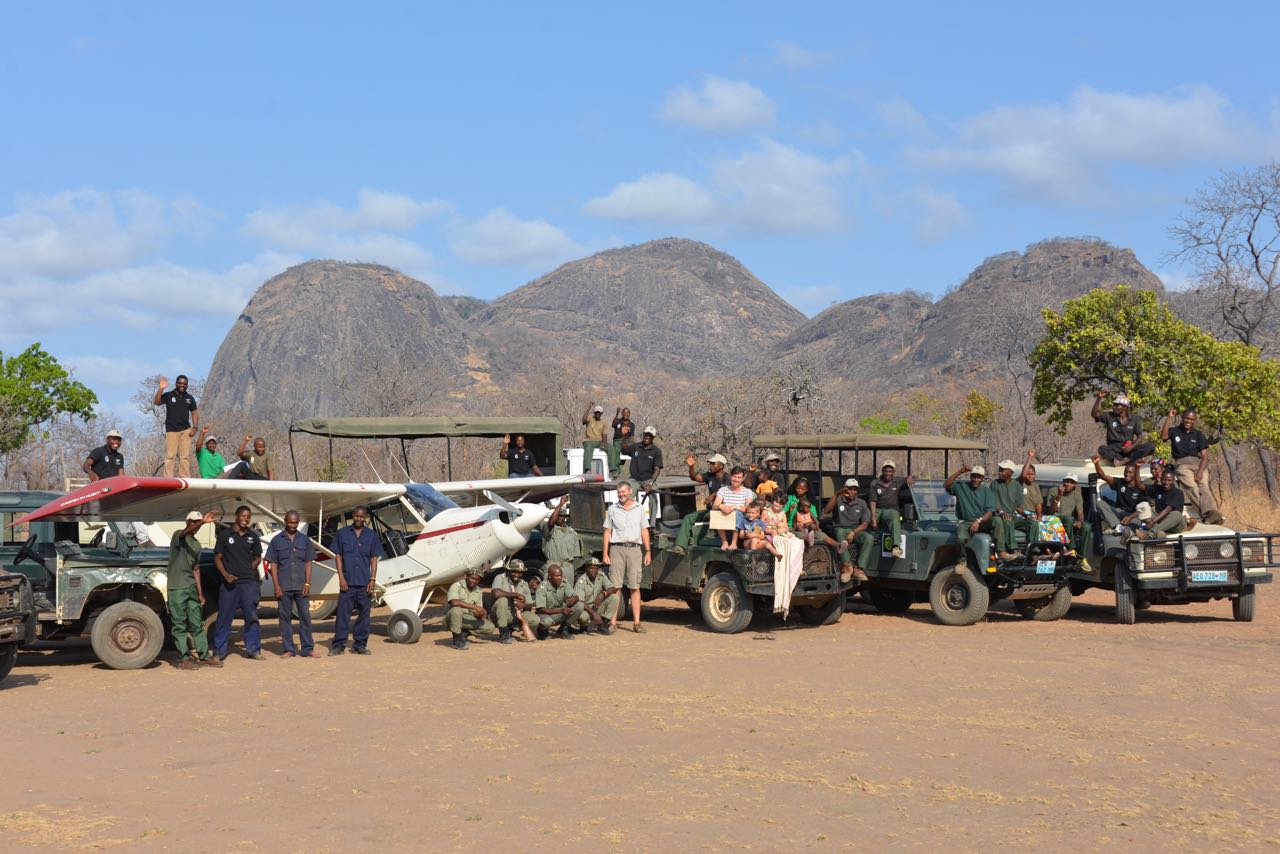 Ashleigh’s background is in graphic design and in the last two years she has used her artistic, design and administration skills for conservation efforts as the full-time executive assistant for TRT Conservation Foundation, the Niassa Carnivore Project and WE Africa. Ashleigh is a lifelong animal lover and animal welfare advocate. She lives in a small village in South Africa with her husband, four cats and a dog.

Although our African team started small founded by Keith and Colleen, with two employees Oscar and Jomba from Niassa Reserve, it now comprises over one hundred Mozambicans, 85% from local villages inside Niassa Special Reserve.  We also have 80-200 local seasonal workers, from June to November, who assist in conservation services and construction and more than 40 community guardians that are part of our local citizen science and outreach program (MOMS). 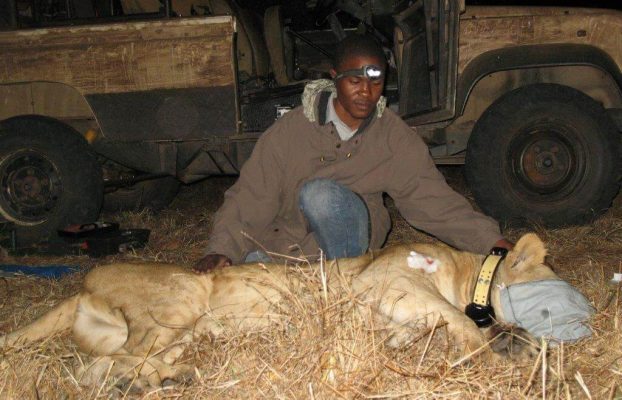 Agostinho, has worked In Niassa Special Reserve since 2008, joining NCP as their conservation manager in 2012. In 2010, Agostinho obtained his MSc in South Africa through his work on leopards and is currently completing his PhD on bushmeat trade.  He also took part in the two-year program in the United States for Emerging Wildlife Conservation Leaders (EWCL).  Agostinho leads all NCP conservation monitoring programs, surveys, and efforts to reduce bushmeat snaring and the illegal wildlife trade with particular expertise in SMART monitoring, camera trapping and the lion trade. He plays a major leadership and mentorship role for our team and has been involved in building up the confidence, leadership and management skills of many on our team. Agostinho cares deeply about people and carnivores and making a contribution to his country and is determined to make a long-lasting difference to people’s lives through conservation. 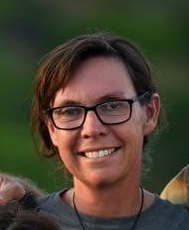 Colleen Begg, a South African conservation ecologist, has more than 30 years’ experience in field conservation action, community partnerships, and conservation leadership in Africa. She is passionate about and deeply committed to securing African wilderness areas, with a focus on carnivores by inspiring conservation actions that are inclusive, transparent, collaborative, effective and include communities who live in these areas. She is a well published scientist, writer and photographer. She obtained her PhD in zoology on the first in depth study of the honey badger which led to the Badger Friendly Initiative in South Africa to reduce conflict with beekeepers. For the past 18 years she has co-led the Niassa Carnivore Project spending at least 8 months a year in the field  with Keith and their two children. She plays a critical role of integrating all of the different programs and ensuring they fit within NCPs vison, mission, objectives and values with a particular focus on developing the community conservation partnership. She is also largely responsible for the fundraising. In 2018 she was selected for Homeward Bound, an international, transformational, strategic leadership initiative which aims to create a global network of 1000 women with STEMM backgrounds with skills to lead, influence and contribute to policy and decision making as it informs the future of our planet. She went to Antarctica with 80 other global women scientists and leaders as part of this initiative in January 2019.  She is also permanent member of the granting committee of Wildlife Conservation Network’s the Lion Recovery Fund which aims to stop the loss of lions across Africa and a co-founder of Pride Lion Conservation Alliance. In 2020, she co-founded WE Africa (womenforenvironment.org) a leadership experience for African women leaders working in the environmental space Through all these strands Colleen continues to be inspired to do conservation differently aligned with her strong values of collaboration, gender equity, social justice, fairness and purpose. 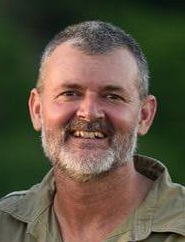 Keith has worked in field based conservation for the past 30 years with a solid grounding provided by a diploma in Nature Conservation. He spent three years doing research in South Africa’s Kruger National Park on the ‘Big Six’ birds (Saddlebilled Stork, Pels Fishing Owl, Lappet-faced Vulture, Kori Bustard, Ground Hornbill and Martial Eagle) before moving to Mana Pools, Zimbabwe to initiate the first study of honey badgers. In the Kalahari, he and Colleen completed the first in-depth study of the species with the combined outputs of a National Geographic documentary and article. Keith  led the innovative and successful conservation program to reduce the killing of honey badgers by commercial beekeepers through extension work and using economic incentives ‘Honey Badger Friendly Honey Campaign’. A snippet of Keith and Colleen’s film on honey badgers (Snake Killers – Honeybadger of the Kalahari) made during this period was dubbed by Randall Moore and became the ‘The Crazy Nasty Ass Honey Badger’ YouTube viral video and internet meme that has reached 77 million views. Keith has authored many scientific papers and is an award-winning cinematographer who has completed three full length documentaries: Snake, Badger Quest and Spirit Creatures. His film the The Honey Hunters of Niassa (Off The Fence, 2008), won the award for best ‘Animal Behaviour’ (Japan Wildlife Film Festival) and was a finalist for best ‘Human – Wildlife Interaction’ and ‘Independent Film’ at Missoula’s International Wildlife Film Festival.  In 2003, Keith founded the Niassa Carnivore Project in 2003 with Colleen.  In the field for 8 months of the year,  and as NCPs Operations Director and pilot Keith is instrumental in maintaining and leading the antipoaching, ecotourism development, collaring and logistics programs as well as providing expert leadership on practical community based conservation. 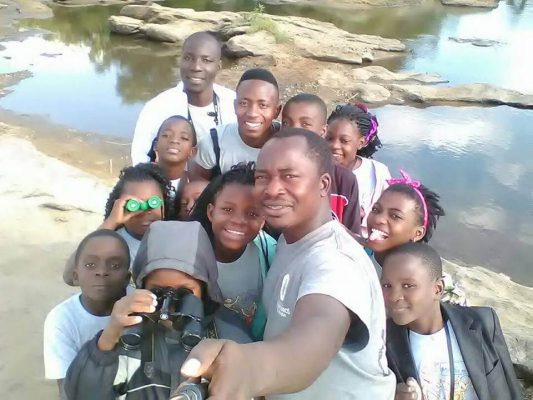 Andrew brings his expertise as a local teacher with a deep love for conservation, people and the environment to the NCP programs.   While teaching in Mecula (a village inside Niassa Reserve) Andrew established the first wildlife club in Niassa Reserve and he asked Colleen and Keith and the Niassa Lion project to be the patrons.  He joined the NCP team officially in 2015 as their Education Manager after finished his degree and was tasked with establishing the Mariri Environmental Centre.   He has been an integral part of developing the Mariri Environmental Centre and building an education team and they now run a range of programs ranging from wildlife clubs, girls clubs, the lion scholarship program bushvisits, outreach campaigns and conservation workshops for people who live inside Niassa Reserve. Wherever Andrew goes, he finds children to interact with and inspire and he somehow manages to make conservation relevant to the people who live with wildlife.  As the senior manager on our team he also plays a critical role in building up the leadership capacity of our team and inspiring them to lean into positions of responsibility while remembering our goals.  He is excellent at collaboration and an important link between our team and other teams in Niassa Reserve that do similar outreach and education work and works hard to make sure that we are all communicating effectively. 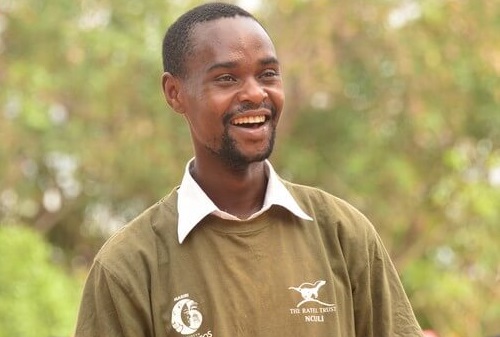 Benvindo came to us from Lurio University, initially as a student. He then worked with Agostinho to collect data and do surveys on the bushmeat trade and consumption before being hired as part of our community team in 2017. In 2019 he took over the position of Community Manager.  He has a particular focus and skills in developing alternative livelihoods for households including agroforestry, conservation agriculture, beekeeping, and small livestock breeding. He is looking at ways to increase productivity in the fields as well as reclaim land that has been abandoned when it becomes infertile.  Benvindo with his team  of Bosco, Raimundo, Alberto and Maico are also instrumental in managing our conservation partnership agreement with Mbamba Village to manage and protected 58 000 hectares inside Niassa Reserve.  Since all of our work involved the people who live inside Niassa Reserve, Benvindo’s quiet peacebuilding  and consensus building skills are invaluable for us as a team. In 2017, he visited Gorongosa National Park to spend time with the Gorongosa Lion Project and to learn more about strategic thinking through a workshop organized by USAID Mozambique. In 2020, Benvindo visited Mozambique’s most successful community beekeeping business at Catapu in Sofala District and has brought all his skills back to our programs. 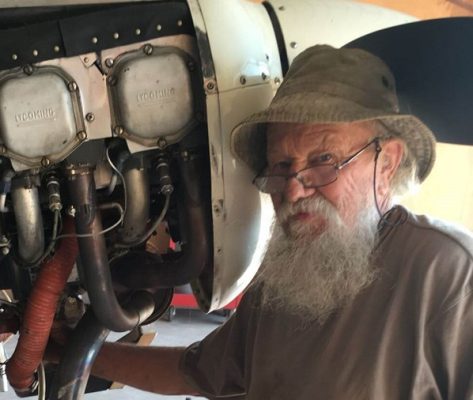 Ken has joined the team from South Africa for a couple of years. He is helping us to train our mechanics full time and set up systems in the workshop. Ken with his big white beard can always been found fixing one of our vehicles, and anything else that breaks. We believe he is a magician as so far there is nothing that he has been unable to fix, from local grinding mills to waterpumps, to vehicles, to welding. He is able to find solutions when there are no spares and as a very important part of our workshop team to keep our dozen very old (1997 model) Landrovers on the road. 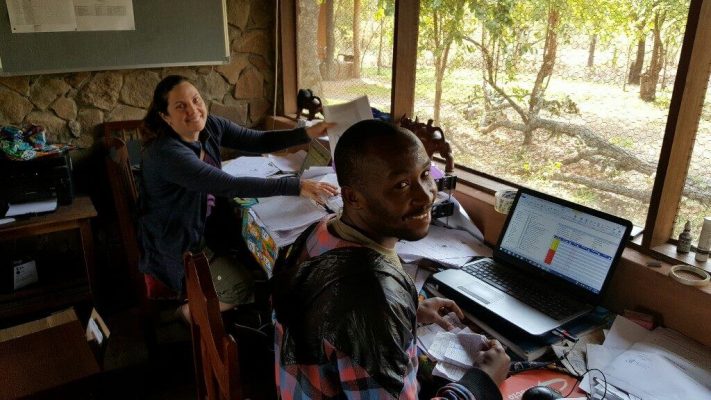 Rachide joined the team after he completed Grade 12 and is from Mbamba Village inside Niassa Reserve. We sent him on a three month course in human resources and then a further three month course in finances at Maputo. Today he keeps all our receipts, letters, contracts and salaries in order under the guidance of Tomas. He receives ongoing mentorship from our Accounting and Human resources team in Lichinga and Lisette Gelber who comes to spend a month with us every year to refine and improve his skills and our accounting system!  Rachide is also a talented actor and plays an important role in our lion fun days and is an excellent communicator of conservation issues and an important part of the Mbamba soccer team. 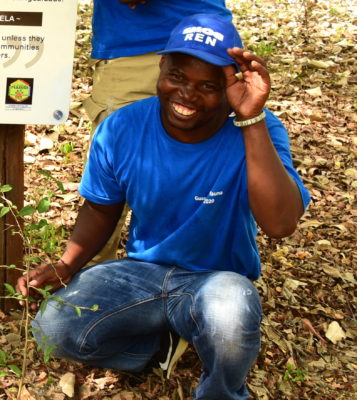 Horácio is the coordinator of the MOMS community guardian program which is our longest running community program (since 2006) and active in more than 40 villages across Niassa Reserve. It forms a critical bridge between communities, natural resource use and conservation. Horacio was born in the Mandimba district of Niassa Province and completed his secondary school in Lichinga. He completed his studies at the Instituto Médio de Fauna e Ecoturismo of Marrupa in 2013 before joining NCP in 2014 to lead and further develop the MOMS program. Under his care and with the Head Guardian, Celestino Daude from Macalange Village, this program is now active in more than 90% of the villages inside Niassa Reserve. Horacio is currently completing his degree in Environmental Management through distance learning at the Instituto Superior de Ciências e Educação a Distância (ISCED). He will also be instrumental in implementing our new camera trapping conservation performance program. He is passionate about conservation, where he can care for and guard the environment whilst at the same time learning every day from the people who live so closely to nature inside Niassa Reserve. In 2017 he visited Ruaha Carnivore Project and Ruaha National Park to learn more about its wildlife guardian program and human lion conflict and in 2018, he visited The Gorongosa Lion Project and Gorongosa National Park to learn more about strategy and conservation. He is very organized and disciplined, and each month manages to input all the 1000s of datapoints collected into a digital database so that it can be used by managers across NSR. 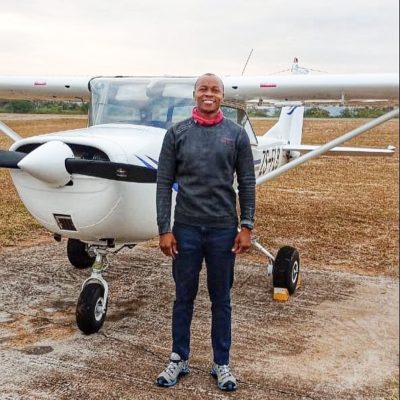